At Brooke’s place, Steffy and Finn arrive and wish Ridge, Brooke, Hope and Liam a Happy Thanksgiving. They joke over Hope bringing grandma’s favorite dish, which is a tradition and talk about the kids being upstairs with Amelia. Liam thinks it’s really nice that they’re all together… especially now. 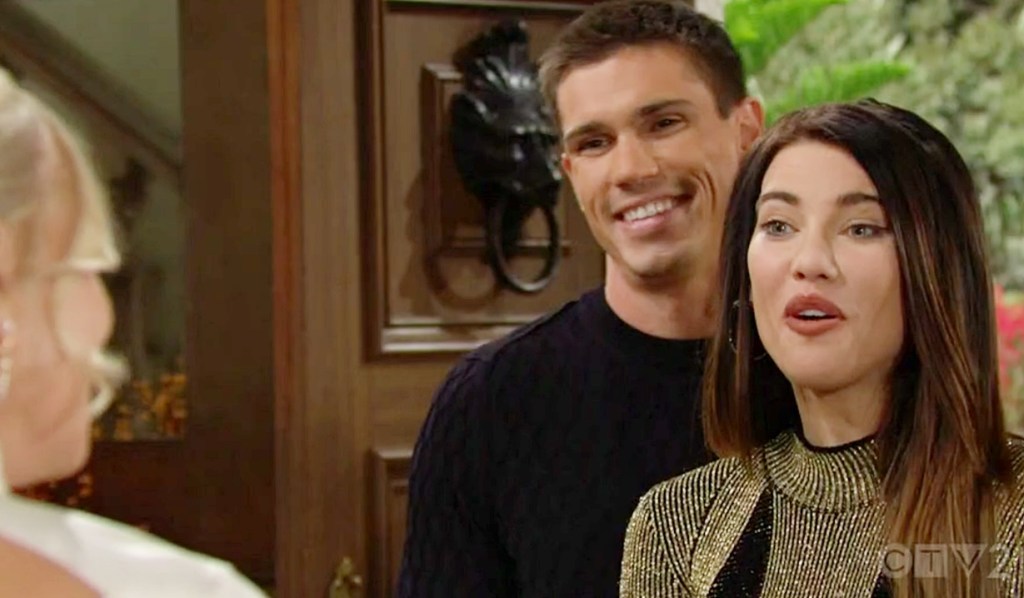 In Sheila’s room, Deacon laments that she’s not even supposed to be associating with her and now he’s spending the holiday there. Sheila’s no happier about it than he is and declares that they should be celebrating Thanksgiving with their children. Deacon says Brooke’s having the big event at her place. Hope’s going to be there and he was hoping to score an invite. He’s stuck there with Sheila when he’d rather be with his daughter.

At Brooke’s place, Zende and Paris arrive, as does Carter, who asks Ridge if he’s sure about this and comes bearing a peace offering. Carter and Paris step aside. She’s glad he decided to come. He is too. “Happy Thanksgiving, Paris.” Brooke calls everyone together. She and Ridge want to welcome everyone to their home for what will be a fantastic Thanksgiving!

As the festivities continue, they dish on football scores and Zende kisses Paris. Across the way, Brooke, Ridge, Hope and Liam talk to Steffy and Finn about the revelation that Jack is his biological father and lied to his mother. Finn makes apologies on behalf of Li, who doesn’t feel like company right now. Hope guesses her father wishes he could be there. Ridge and Liam rush to mansplain why it’s not a good idea. She knows, but wishes it were different. 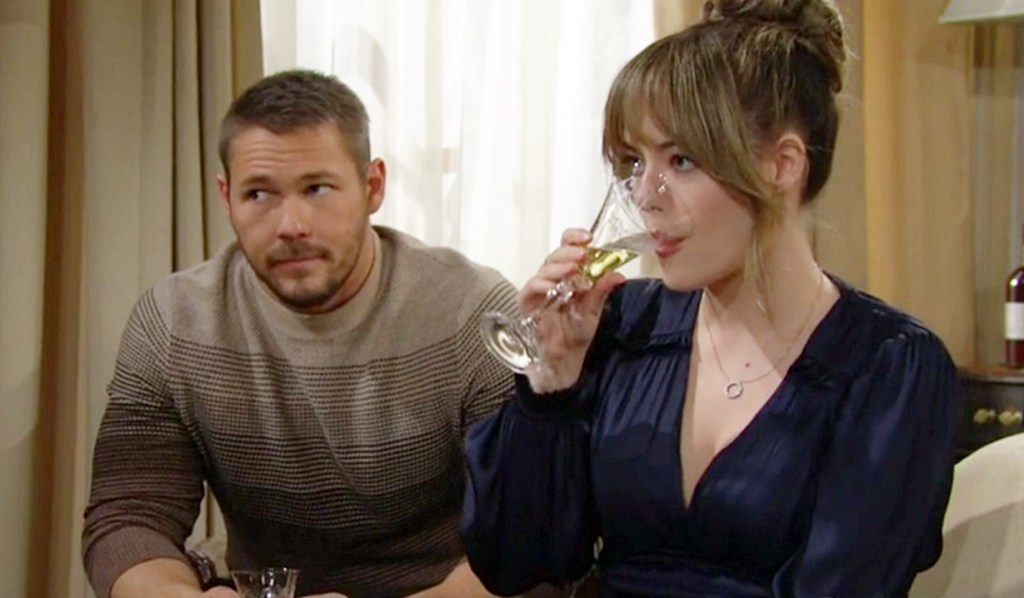 At Sheila’s, Deacon imagines going to Brooke’s, greeting Hope and Liam walking over to shake his hand and tell him the kids are excited that Grandpa Deacon’s there. Ridge joins them, along with Brooke, and tells him that Hope was right all along… he’s a changed man. Brooke assures him he’s family and pulls him in for a hug. Sheila tells Deacon to snap out of it… it’s not happening any time soon. 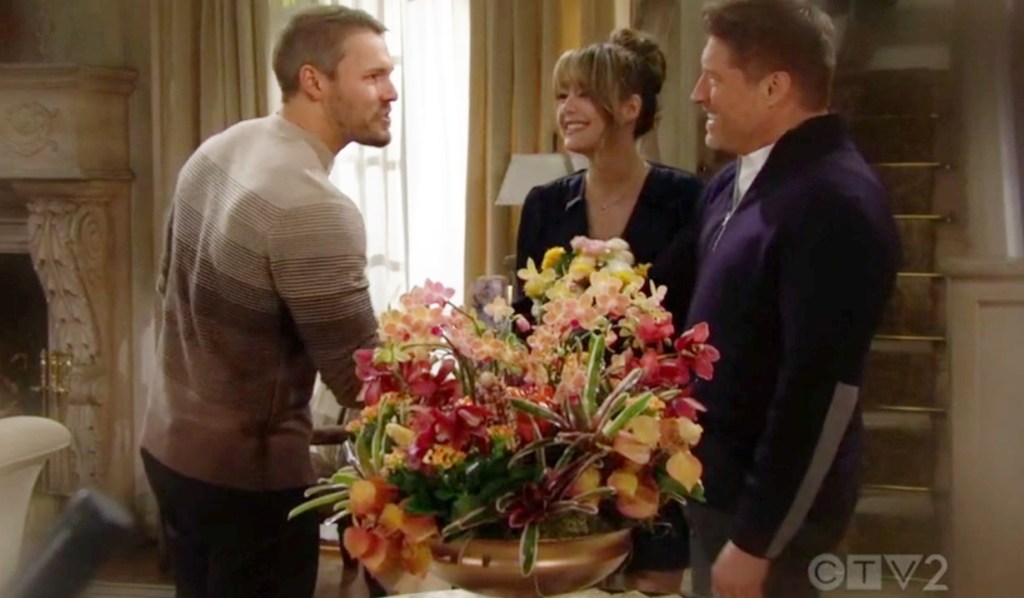 At Brooke’s place, everyone dons turkey hats. Ridge and Brooke watch their children and are glad to see them all happy. They’ve a lot to be thankful for. Hope and Steffy turn to look at Brooke and Ridge as they kiss. Steffy smiles and Hope looks a little wistful. 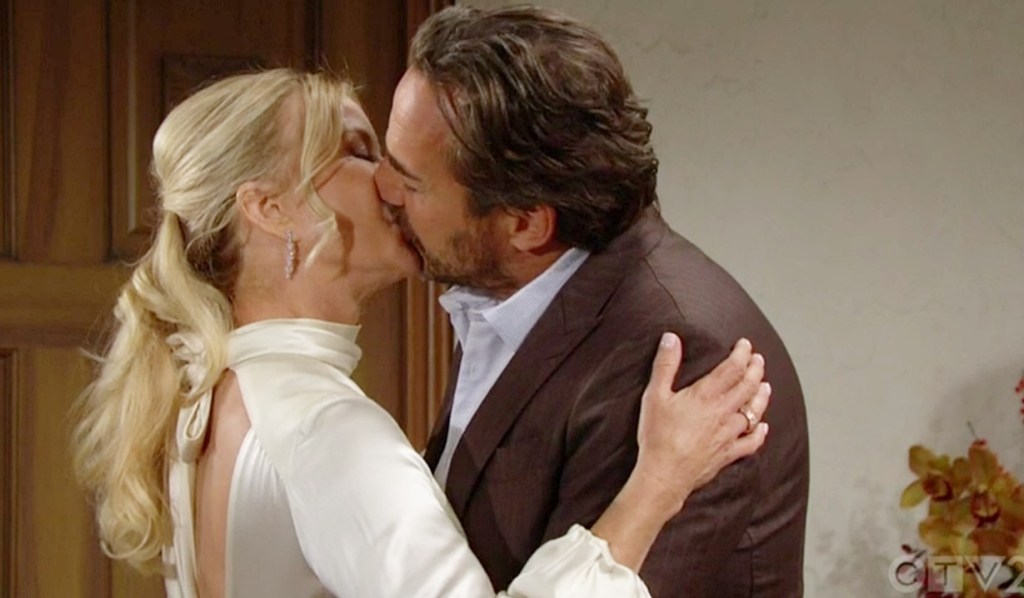 More: Eric’s next wife should be…

In Sheila’s room, she and Deacon eat Chinese takeout and Deacon opens a fortune saying he’ll become wealthy. He chortles, “Daddy likes that.” Sheila opens a fortune saying she’s appreciated and Deacon notes that her son didn’t appreciate her enough to invite her to dinner. Sheila thinks if he had his way, he would have welcomed her with open arms. She imagines the Forresters greeting her at Thanksgiving. Brooke teases her about bringing sweet potatoes, Steffy asks to call her mom, and Finn declares that his ‘mom’ has finally been accepted into the family. Deacon interrupts her reverie with, “And then they call the SWAT team and you get dragged out of the house. The end.” Sheila thinks it…

Celebrities rally around Alec Baldwin while the public criticizes him following

It’s important to have 2 parents to raise a child

Hawai’i’ Fans Rally Around Vanessa Lachey After Seeing Her Emotional…

U.S. and other nations condemn Taliban over ‘summary…

Bob Dole, Old Soldier and Stalwart of the Senate, Dies at 98…

Bob Dole, Old Soldier and Stalwart of the Senate, Dies at 98 –…

Key Details About the Parents of the Michigan Shooting Suspect

This website uses cookies to improve your experience. We'll assume you're ok with this, but you can opt-out if you wish. Accept Read More